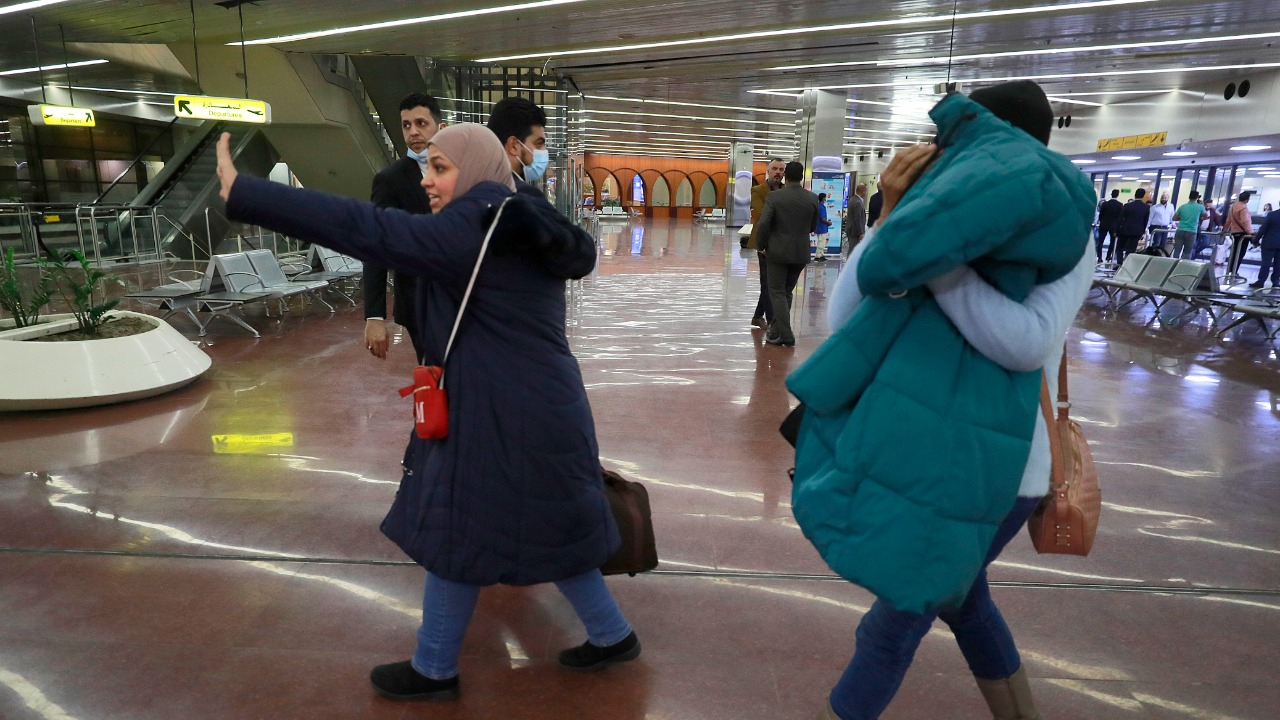 The migrants, who had been stranded for several days on the Belarusian border yesterday, were transferred to a nearby logistics center on November 18, 2021, while hundreds of them were deported to Iraq, leaving all hope of reaching Europe via neighboring Poland.

“As of November 18, all refugees from the makeshift camp on the Belarusian-Polish border, near the Brusque crossing, were voluntarily transferred to the logistics center,” Belarusian border guards told The Telegram. Photos of the camp that appeared to be abandoned were released.

As of Tuesday evening, more than a thousand people had already taken refuge in this vast barn near the border, but according to Minskin, 800 more were still spending the night in tents or near campfires below 0 C.

The latter were finally relocated due to “bad weather”. In Hungary, migrants receive “hot food, warm clothing and basic necessities,” according to Belarusian border guards.

The makeshift camp, located in a wooded area not far from the Brouzgui border checkpoint, has recently been occupied by about 2,000 people.

The Polish International Aid Center, a voluntary charity, said on Thursday it had intervened with a Syrian couple who had lost their one-year-old son in a sign of human tragedy in the cold and humid jungle.

Echoing the tragic news, European Parliament Speaker David Sassoli said, “It is heartbreaking to see a child die in the cold at the gates of Europe.”

Many children and women were on this return flight, which, for the first time since the migration crisis began, was organized “on a voluntary basis”, according to Baghdad.

The exodus comes a week after growing tensions between Belarus and the European Union.

Belarus, which has been accused of plotting the incursion by issuing visas in retaliation for Western sanctions, said on Thursday it had 7,000 migrants in its territory, ready to “deport” 5,000 of them.

Minsk also met with German Chancellor Angela Merkel, who met with dictatorial Belarusian leader Alexander Lukashenko on Wednesday, and promised to hold talks with the European Union on a “humanitarian corridor” to expel the remaining 2,000 migrants to Germany.

“Germany does not agree,” government sources in Berlin told AFP.

On Thursday, the G7 superpowers “condemned the Belarusian regime’s orchestration” of the migration crisis, calling for an “immediate” end to Minsk and recognition of access to humanitarian aid.

Meanwhile, on the ground, attempts to cross the border continued.

Warsaw, which has erected a barbed wire fence and stationed more than 15,000 troops on its border, announced on Thursday that it had arrested about 200 people who had entered its territory illegally the night before.

According to Polish border guards, about 500 migrants tried to cross the border. Five members of the same family, including three children aged 7 to 9, were injured and hospitalized during the attempt, Border Security Force said.

The Polish Ministry of Defense has accused Belarusian “special forces” of forcing migrants to throw stones at Polish soldiers in order to divert attention.

The incident could not be independently verified as journalists were banned from the immediate border area on the Polish side.

In another incident, video footage released by Belarusian border guards showed a Lithuanian border guard biting a man lying on the ground in a sleeping bag.

At least 11 migrants have died on both sides of the border since the crisis began in the summer, according to humanitarian organizations.

While Brussels harshly criticized the rule of Alexander Lukashenko, many European officials began to talk to him again, which caused concern in Warsaw.

According to Elysee, “Alexander Lukashenko reaffirmed the need for Europe to put pressure on him.”