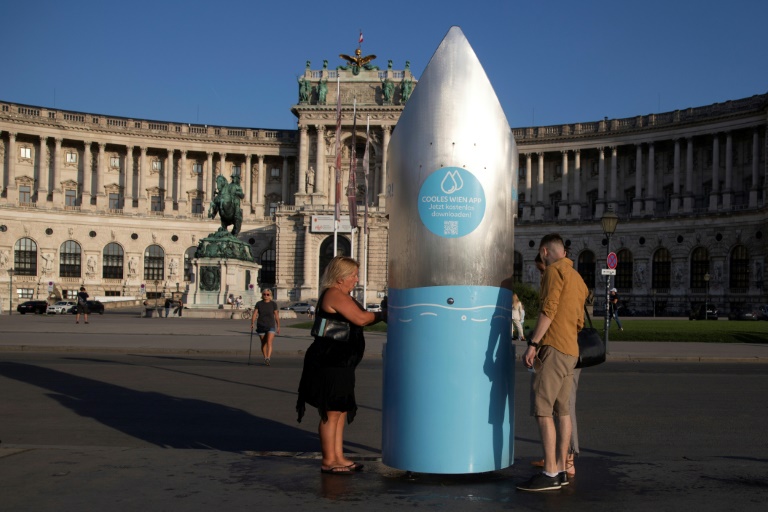 Fresh air, spectacular waterfalls and lush forests: the abundant water flowing from Vienna’s taps finds its source in the heart of the Alps, the pride of the inhabitants of the Austrian capital in a protected setting.

As drought wreaks havoc across Europe, the city of nearly two million people stands out. It doesn’t expect any rations in the coming decades and for good reason: it has a jealously guarded treasure trove.

To find it, you need to get lost in the mountains, about 150 kilometers in the southeast of this central European country.

Within the regions of Lower Austria and Styria, almost a century and a half ago, the metropolis acquired a 675 square kilometer sanctuary without agriculture, tourism or industry.

“About 10,000 liters per second flow out, and we take 560 to Vienna,” explains keeper Johannes Zöckling, “very proud” to observe the most important flow of them, the Claffer, discovered 655 meters above sea level.

It comes to throw itself into the river Salsa, which winds its way through a deep gorge, completely uninhabited.

Excavated in the rock, a 90-meter tunnel leads to a majestic underground spring, with water as low as six degrees that reaches homes directly after minimal treatment in about 36 hours.

During the Austro-Hungarian Empire a unique transport system made up of 130 aqueducts was built to overcome cholera.

“And all this without a pump or the slightest CO2 emission,” says Astrid Romboldt, spokesperson for the municipal water company “Wiener Wasser”.

The fluid “flows thanks to the natural gradient”, a feat for the time, and generates “little hydraulic power”.

“I remember Chinese officials coming to see it and being speechless,” he laughs, as he opens one of the 31 Cote d’Azur reservoirs spread across the city, above which European hamsters frolic on their way to extinction.

At the other end of the pipelines, Viennese are well aware of their convenience: this exceptional supply offers them unbeatable value for money.

They each use 130 liters of running water per day – a figure within the European average – and are charged less than 30 cents, compared to 45 cents in Paris, for example.

Enough to feed fountains, swimming pools and automatic irrigation without a bad conscience, while limiting the use of plastic bottles.

Residents and tourists alike have free access to 1,300 drinking fountains and 175 misters during the hottest hours of the year on the treeless avenues of the city center.

Little ones have fun in the aquatic play areas with artificial pools and large lawns.

According to international rankings such as the “Economist Intelligence Unit”, this is one of the many award-winning elements for Vienna’s high quality of life, which has put the city back at the top of the podium. Worldwide this year.

“Privatizing this service of public interest is out of the question,” says environmentalist Jurgen Czernoharski. “Instead, we’re investing a lot of money for future generations.”

A strategy for 2050 adapts the growing city to the summer sun. Vienna is forecasting a 15% increase in consumption, thus renewing 30 kilometers of pipeline per year.

Access to drinking water has even been guaranteed in the Constitution since 2001, a unique case in the world, the municipality boasts on its website.