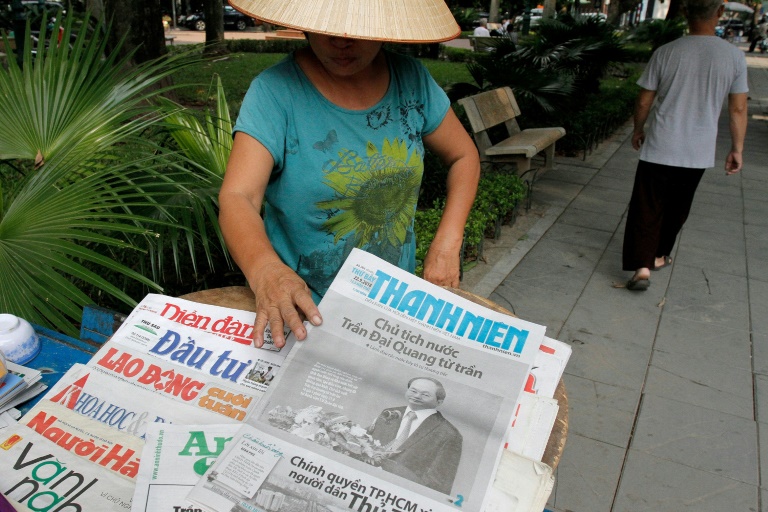 A court in Canterbury in the southern Mekong Delta region on Thursday sentenced five people working on the online news page of Citizen Journalists.

Truong Chau Huu Danh, founder of the Bao Sach (“The Clean Newspaper”) Facebook page that publishes articles on hot social issues and corruption, has been sentenced to four and a half years in prison.

A former journalist, Mr. The Vietnamese news agency quoted court documents as saying that Dan’s articles were “reactionary thoughts, coming to the bottom of things and not serving the interests of the country.”

His four co-defendants were sentenced to two to three years in prison.

Five people will be banned from working in the press for three years after serving their sentences.

A spokesman said Friday that the ruling was the latest in a series of “disturbing cases” involving newspaper employees and any citizen “exercising their right to freedom of expression and expression.” U.S. State Department, Nate Price.

“This group of journalists focuses on investigative reporting on corruption, which is certainly not a crime,” he said in a statement. “The United States calls on the Vietnamese authorities (…) to release these five journalists and all those who have been unjustly detained and to allow all individuals in Vietnam to express their views freely and without fear of retaliation.”

The Vietnamese administration’s hard line often acts quickly to quell dissent, imprisoning activists, journalists and any critics who have a large audience on Facebook, which is widely used in the country.

In July, former radio journalist Farm C, a popular pro-democracy activist, was sentenced to five and a half years in prison for posting information on Facebook.

Critics say the government has taken a more drastic approach to dissent since Nguyen Phu Trong was re-elected leader of the Communist Party after a secret conference earlier this year.

Vietnam is ranked 175th out of 180 countries in the World Press Freedom Rankings established by Reporters Without Borders in 2021.