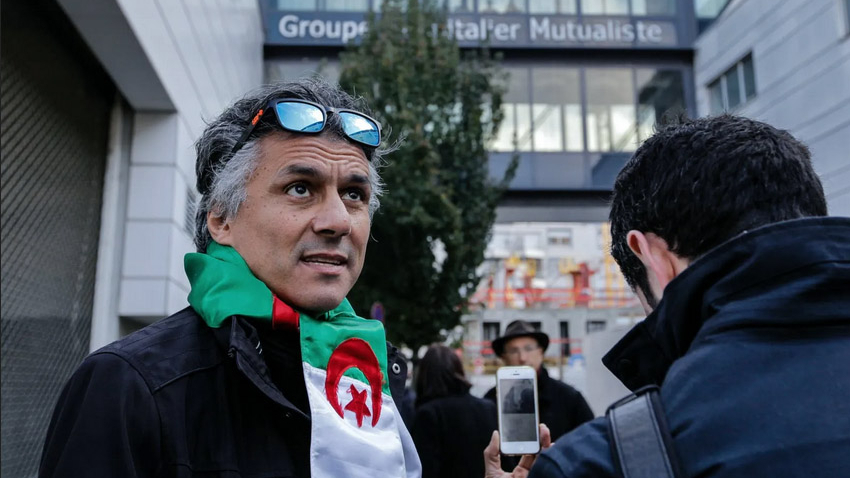 Former presidential candidate and political activist Rachid Nekas was sentenced to 5 years in prison by the Criminal Chamber of the Algiers Court of Appeal.

Kiosk360. Algerian leaders have been put on the hot seat by the international human rights watchdog, accusing them of cracking down on freedom of expression by jailing hundreds of political activists. This article is a press review of the daily Al Ahdad Al Maghribiya.

Daily Al Ahdad Al Maghribiya In its weekend edition (July 9 and 10) the IOPDHR reported last Wednesday that, despite the concerns raised by civil society and the international community: “Algerian authorities continue to prosecute citizens who wish to exercise freedom of expression and freedom of expression. Peaceful assembly and forming associations. A repression , used legal weapons to terrorize them, especially within the framework of Hirak.

In a statement, the Observatory emphasized the lack of independence of justice as contributing to the state of siege imposed on human rights activists, as evidenced by the dozens of sentences handed down by courts against Hirak militants.

Daily Al Ahdad Al Maghribiya The Observatory emphasizes that it condemns the suppression of fundamental freedoms in Algeria. The crackdown continued through amendments to the Penal Code, decrees and legal texts aimed at legalizing abuses, particularly by expanding the concept of terrorist offences. In this context, the Observatory recalls the case of former presidential candidate and political activist Rachid Nekas, who was sentenced to 5 years in prison by the Criminal Chamber of the Algiers Court of Appeal.

IOPDHR continues Rachid Nekas, who has been detained in Chlef since May 15 along with his nurse Hamza Jaber due to his political activities. The two activists were arrested during a rally in front of the prison demanding the release of 270 political prisoners and the opening of an investigation into the death of Hakim Debasi, who died in custody on May 24.