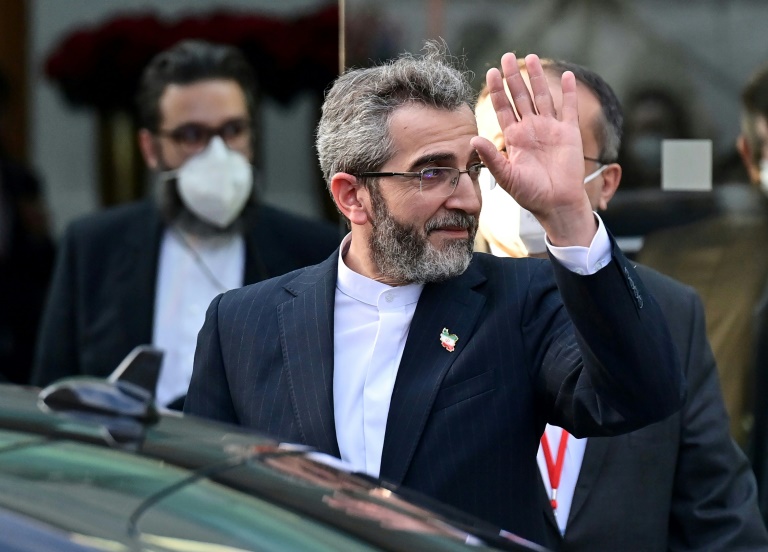 The United States on Friday blamed Tehran for the stalemate in the Vienna talks on Iran’s nuclear program, along with Europeans who expressed “disappointment and concern” at the Islamic Republic’s demands.

Diplomatic sources say the talks, which resumed earlier this week, will be suspended from Friday and will allow the renewal of Iranian proposals by the middle of next week.

“The new Iranian government is not coming to Vienna with constructive plans,” White House spokeswoman Jen Psaki said on Friday.

“We always believe in a diplomatic approach, which is always the best way,” he added. But “Iran’s approach this week is, unfortunately, not an attempt to resolve the pending issues.”

US diplomat Anthony Blingen has warned that “we will look the other way” if Tehran continues to improve its nuclear program by dragging out talks.

“Iran does not seem to be serious about what to do in return for compliance with the agreement, which is why we ended this round of talks in Vienna,” he said.

“Iran has some very important decisions to make in the coming days,” he concluded.

According to European diplomats, the delegates will return to their respective capitals this weekend, and talks will resume in the middle of next week to “see if these differences can be overcome” if the “gap can be closed at a real time”. .

During the first round of talks between April and June, senior ambassadors to France, Germany and the United Kingdom (E3) denounced Tehran as “going back to all the compromises it had been hard to find”.

Despite these harsh comments, European diplomats say they are “fully engaged in the search for a diplomatic solution.” “Time is running out,” they insist.

Shares are high: The Islamic Republic is defending the 2015 international agreement to prevent it from acquiring a nuclear bomb. It ended between Iran and the six major powers (United States, Russia, China, France, Germany, and the United Kingdom), which fell in 2018 following the re-imposition of unilateral US sanctions and sanctions.

In return, Tehran freed itself from most of the restrictions imposed on its nuclear program.

The talks in Vienna are aimed at bringing Washington back to indirect involvement. Various parties split in June in the hope of an immediate end, but the coming to power of radical conservative President Ibrahim Rice in Iran brought about a change.

The agreement, known as its abbreviated JCPOA, removed part of Tehran’s sanctions in exchange for a drastic reduction in its nuclear program, which has been placed under strict UN control.

On the Iranian side, there are two proposals, one on “de-sanctions” and the other on “nuclear action.”

“Now the other side must examine these documents and be prepared to negotiate with Iran on the basis of the texts submitted,” said Ali Bakery, Iran’s chief negotiator.

Before leaving for Tehran, Mr. Bageri referred to the “objections” raised by the Europeans. “I told them it was normal because we were not going to present documents and recommendations that fit their views,” he explained at the official agency, Irna.

He reaffirmed his country’s “serious desire” to reach an agreement.

The head of Iranian diplomacy, Hossain Amir-Abdullah, described his role as “good but generally slow” during a telephone interview with his European envoy, Joseph Borel. He further added that “there is a need for a change in the attitudes of some parties and they should drop their threatening views.”

According to one of the European diplomats, “Tehran’s proposals cannot provide a basis for negotiation and it cannot move forward.”

In front of Kofork Palace, where this historical text ended, the Chinese ambassador wanted to be less distrustful and provoke “substantial discussions”.

“All sides have agreed to take a short break from taking instructions. It is natural and necessary, and we hope this will give new impetus to the negotiations,” Wang Kun told reporters.

However, when the French president visited Dubai, he considered the session “not to be ruled out” as it would “not reopen quickly”.

Emmanuel Macron called for a “broad movement” with regional countries.