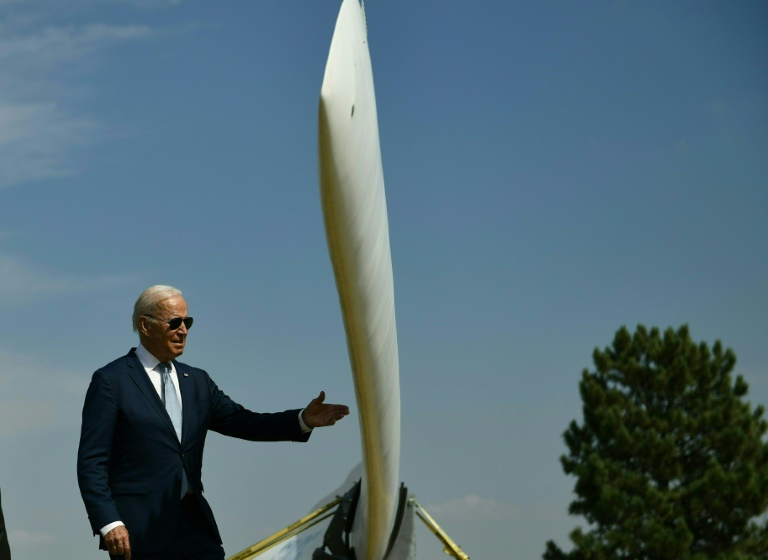 A big boost to renewable energies, cheaper pharmaceuticals and corporate taxes: That’s what Joe Biden’s major investment plan was firmly adopted by the US Congress on Friday.

This is the largest investment the United States has ever seen in the fight against climate change.

Instead of fining polluters, the bill offers a series of financial incentives aimed at shifting the U.S. economy toward non-fossil energy sources. Wind, solar and nuclear power producers and consumers have been given a series of tax incentives.

Under the reform, an American would receive up to $7,500 in tax credits for purchasing an electric car. Installation of solar panels on its roof will be subsidized by 30%.

About $60 billion is planned for the construction of wind turbines, solar panels and electric vehicles in the United States.

The same amount is allocated to a series of programs to help the most modest families in their energy transition, especially by renovating their homes.

The reform also included massive investments to strengthen the resilience of the country’s forests to withstand fires and protect coastal areas from hurricanes.

The second part of this major investment plan aims to partially correct the huge disparities in access to care in the United States, particularly by lowering the cost of drugs.

Medicare, the public health insurance system for people over 65 and those with low incomes, will for the first time be able to negotiate the prices of some drugs directly with drug companies and get more competitive prices.

The plan would force drug companies to offer consumer rebates on certain drugs whose prices are rising faster than inflation.

The bill plans to extend the protections of Barack Obama’s flagship law, known as “Obamacare,” until 2025.

In parallel with these massive investments, the so-called “Inflation Reduction Act” wanted to reduce the public deficit by adopting a 15% minimum tax rate for all companies making over a billion dollars in profits.

The new tax aims to prevent some large companies from exploiting tax loopholes that have allowed them to pay far less than the theoretical rate.

It is estimated that the move could generate more than $258 billion in US federal revenue over the next 10 years.