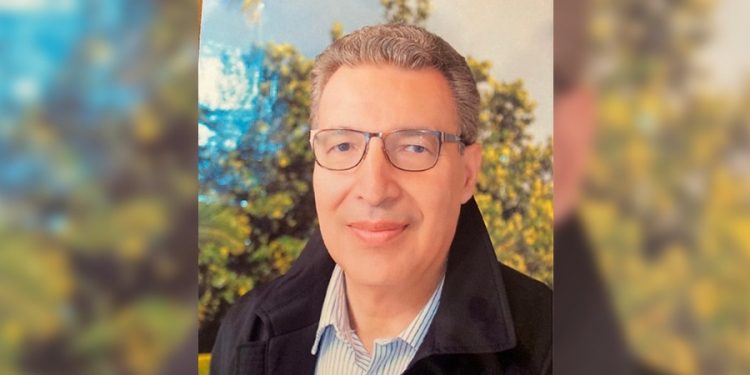 In 1991, before the war against Iraq by a US-led coalition of 35 states, world leaders, friends of Iraq and President Saddam Hussein urged him to choose the then Iraqi leader. For diplomacy. He could respectfully negotiate through diplomatic channels the withdrawal of his forces from Kuwait, which he invaded a few weeks earlier, and achieve his goals of financial reparations for his war against Iran. But he continued his military intervention in Kuwait, with the aim of turning Kuwait into a sovereign Iraqi province recognized by the United Nations in order to seize its oil reserves. Then a newspaper made headlines The move was the biggest heist of the century.

The former Iraqi president’s obstinacy led to an ignominious Iraqi military defeat and provided a pretext for a decade later of US military involvement in Iraq that was not crowned with memorable success. We know the rest: the end of Saddam Hussein’s Bas regime, the Iraqi president’s death penalty for crimes against his people, and an increasingly unjust and violent world. Morality Contemporary wars have a price from which no one emerges victorious. This historical reminder is useful in the current context of meeting world leaders I am The president came out clear on the ceasefire by urging Putin to end his war against Ukraine, a sovereign nation of freedom, peace and prosperity.

President Putin’s unleashing of his war on Ukraine would have been envisioned by his brief and decisive surprise effect. That is not the case. He is gearing up for an extension given the military backlash in recent weeks. He signed an order mobilizing 300,000 reservists and tightened the law against potential deserters. The decision sparked Google’s calls for Russian citizens to travel abroad to try to escape a war that is proving futile and dangerous for Russia and the world. A war that is forbidden to be referred to as such in Russia, except to call it a “special military operation”. How long can Russian leaders avoid reality? The awakening of the Russian people to “special military action” is more and more painful. Scattered demonstrations and muted opposition in Russia against the war are reflected in Russian civil society.

This war was negative for Russia. No safety objectives are met. NATO is out in force, Germany is re-arming and the former Soviet Union is once again afraid to detect a Russian threat to their borders. They are looking more and more to Europe and America in search of security. At the 22nd summit of the Shanghai Cooperation Organization held in Samarkand, Uzbekistan on September 15 and 16, countries that should have supported Russia (China, India, Turkey, Iran, Pakistan etc.) avoided showing strong support for Russia. . Their final report made no mention of the Russia-Ukraine conflict.

In the rest of the world, this war doesn’t help matters. It raises concerns that the world could do without after the COVID-19 pandemic, which has caused unprecedented global disruption since World War II. Indeed, to health woes, energy and food crises have already added to the already bleak grip of the climate crisis, persistent droughts, major fires and other natural disasters such as floods in Pakistan. These caused 1,300 deaths and damaged more than two million homes.

In this context, Putin, according to his recent statements, seems to be tempted to play chess by once again posing a nuclear threat. But if he does, the consequences will be disastrous for Russia first. History cannot forgive a leader who used such destructive power. President Putin should learn the lessons of the Hiroshima bombing. Although it helped America stop Japanese aggression, it remains a black stain in the global consciousness. The fact that thousands, if not millions, have been affected, especially among Ukrainian citizens, will further shock Russian and global public opinion. A scenario that could lead to the total withdrawal of the international community. According to dominant military doctrine, the possession of a nuclear weapon is for its use as a deterrent, not as a weapon of war capable of indiscriminately destroying cities and villages. As the Ukrainian people are adamant in defending their sovereignty and independence, a scenario of increased bellicose pressure would actually increase the risk of a historic defeat by the military on the ground. This will rekindle the trauma experienced in Afghanistan among the Russian population.

World leaders gathered at the UN led by Chinese President Xi-ping have called for a ceasefire. President Putin still has time to choose the diplomatic option to end this war, whose intentions on the Russian side are unclear and difficult to justify. It shows that Russia’s security is in no way threatened, and proves the opposite. With the exception of aid given to Ukraine, NATO countries are fortunately restrained as an ally under attack cannot refuse its aid and solidarity. And, as President Erdogan pointed out from the UN, there is still time for both sides to conclude a peace with dignity.