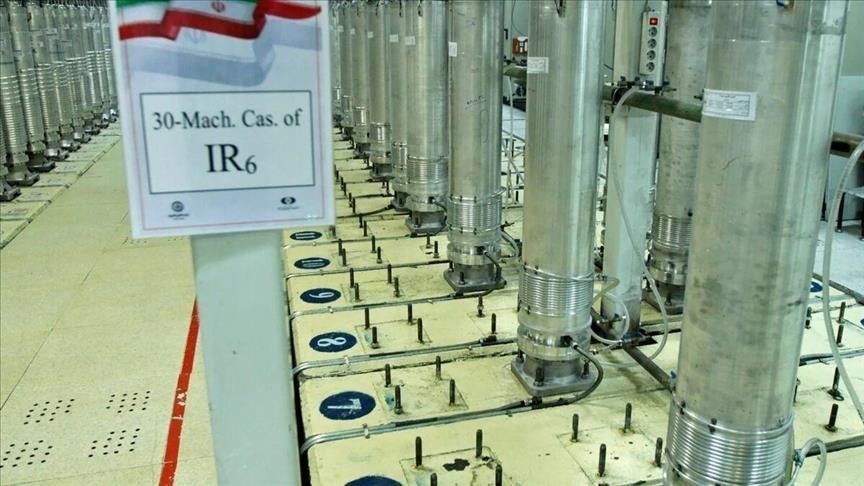 The EU text envisages a four-step implementation of the agreement.

The day the accord is signed, defined as “day zero,” will see the Joint Committee established when the previous Vienna accord was adopted in 2015, but without the United States. Washington does not join the commission after 165 days.

Once the agreement is signed, Iran and the West must sign an additional agreement to release Western prisoners in exchange for the release of Iranian funds.

On the same day, US President Joe Biden will rescind three executive orders on Iran and secondary sanctions against 17 banks, which will free more than $7 billion in Iranian assets from South Korean banks.

Tehran will immediately limit uranium enrichment to 20% instead of the current 60% and allow the International Atomic Energy Agency to re-monitor its nuclear sites.

Under the Iran Nuclear Agreement Review Act (INARA), which is expected to be submitted to the US Congress within five days of the deal’s signing, any agreement to lift sanctions on Iran must be reviewed by the House and Senate. So the White House cannot lift sanctions before 30 days.

If Congress rejects the deal, Joe Biden can veto it, barring the unlikely scenario of a veto-proof two-thirds majority voting against it. However, a majority is still likely to oppose a deal amid growing fears in Washington that Russia is using Iran as a proxy to avoid sanctions.

The next stage of implementation of the agreement, referred to as the “Confirmation Day”, comes 60 days after “Day Zero”. The UN Security Council and the IAEA will then be notified of the return to the agreement.

The U.S. will grant Iran a one-time sanctions waiver to sell 50 million barrels of oil and allow for trade talks on energy and aviation.

Iran, for its part, will stop enriching uranium to more than 5% purity and begin a preparatory period to transfer information to the IAEA and allow the agency to resume full monitoring of its sites.

Two months later, on Day 120, is “Reactivation Day”: Iran and the United States must publicly announce their intention to return to the deal at least seven days before that date.

Then, Iran must fulfill its commitments to the IAEA regarding its ongoing investigation into enriched uranium found at undeclared nuclear sites, providing a credible answer to the source of that uranium.

Iran will take all the steps required by the deal — reducing uranium enrichment to 3.67%, reducing its stockpile, sealing and exchange centrifuges — and allowing the IAEA to resume full monitoring.

The U.S., for its part, will lift all secondary sanctions against Iran, as well as recognized terrorist designations — including the Islamic Revolutionary Guard Corps — and explain to U.S. companies what lifting sanctions entails.

Lifting the US arms embargo

“Completion Day” will come on day 165, when all nuclear restrictions and sanctions relief will take effect. The US will lift a conventional arms embargo on Iran and allow trade between the countries to continue. On that day, Iran will dismantle its remaining enrichment infrastructure.

In 2024, limitations on research and development of advanced centrifuges will begin to expire, and in 2025 a “SnapBack sanctions” mechanism would reinstate all sanctions against Iran if it violates the deal.
In 2026, restrictions on the use of centrifuges, including the most advanced ones, will gradually expire until 2028.

In 2030, the deal with Iran will expire entirely, no longer imposing any limits on uranium enrichment, storage, heavy water reactors or plutonium.