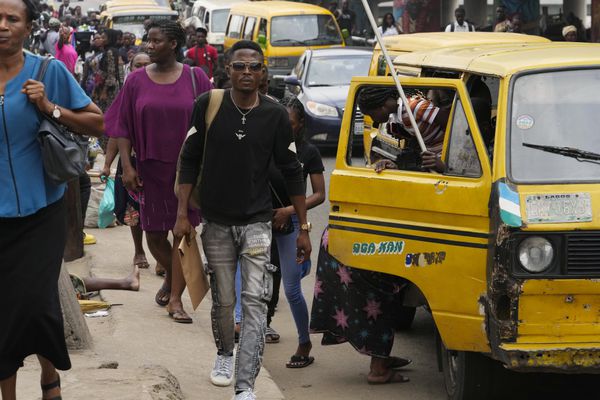 The world population reached about 8 billion people on Tuesday, with most of the growth coming from developing countries in Africa, according to a United Nations estimate.

Among them is Nigeria, where resources are already depleted. More than 15 million people in Lagos compete for everything from electricity to lights for their homes to seats on crowded buses, often two hours each way in this sprawling megacity. Some Nigerian children go to school as early as 5 am.

Over the next three decades, the West African nation’s population is expected to grow further: from 216 million to 375 million this year, according to the UN. This will make Nigeria the fourth most populous country after India, China and the United States.

“We are already overloading what we have – housing, roads, hospitals, schools. Everything is overburdened,” said Kiang Taliope, an urban planning and development consultant in Nigeria.

Tuesday’s UN 8-billion-day milestone is symbolic rather than precise, with officials careful to note the staggering projections in a wide-ranging report released over the summer.